The call for climate emergency is antithetical to the concept of climate justice and formulating action around the idea of ‘emergency’ needs to reflected upon more critically.

The calls for declaring a climate emergency have been growing over the last few years. The latest reaffirmation on the ‘climate emergency’ declaration comes from Scientific American, which in April 2021, published an article, ‘We Are Living in a Climate Emergency, and We’re Going to Say So,’ citing 11,000 scientists from 153 countries and underscoring how the world is facing a climate emergency requiring bold action.

However, the call for declaring a climate emergency is antithetical to the concept of climate justice and formulating action around the idea of ‘emergency’ needs to be reflected upon more critically. The Scientific American article takes the analogy of the Covid-19 pandemic as an emergency and equates it to the climate crisis. The term emergency is being borrowed yet again to respond to the climate crisis, when it was earlier borrowed from the military mobilization during the second world war, as pointed out by researchers Patrick Hodder and Brian White from the University of Wollongong, who have brought out the politics of the emergency framing.

Even if one were to accept that such critical events of varying scales should merit comparison, quite a few factors don’t add up. Such a narrative often fails to question what an emergency means on an everyday basis. How do emergencies pan out in the Global North and the South? How are the emergencies of people with socially and economically secured lives different from the emergencies of the marginalized, oppressed and disadvantaged? Looking at justice critically during emergencies brings out the inequality of climate impacts, and brings forth the question of what a climate emergency implies for different groups, and how those calling for such declarations haven’t thought through the possibilities of differential impacts. Declaring a climate emergency comes across as a homogenous measure for a crisis that has differential impacts across the society.

Scientific American suggests that guided by science, journalists reported the pandemic as an emergency and called out disinformation. However, the justice dimensions of the ‘emergency response’ to the Covid-19 pandemic are yet to be fully chronicled and addressed. Published studies have already indicated the impacts of the lockdowns on agricultural production, livelihoods and food security. The impacts on internal migrants, small-scale economy, and marginal workers tend to take a back seat in situations of an ‘emergency response’ where human rights abuses and freedom of speech haven’t begun to be addressed.

The Scientific American article stated that it is time to start using the term ‘climate emergency’ to cover climate change news, given the current circumstances, calling the decision as something based on solid scientific ground, and not a mere journalistic fantasy. Being on solid scientific grounds warrants the usage of the term ‘emergency’ only to describe the ecological crisis that we are in, and not action around it. It is important to describe the crisis as what it is – dire, a collapse and an emergency indeed, but should governmental and administrative responses be of an ‘emergency’ nature?

Mike Hulme, Professor of Human Geography at the University of Cambridge, who has traced environmental determinism in academic thought, illuminates the emergence of climate determinism in the climate crisis discourse. Hulme argues that a new variant of climate determinism seeking to predict a climate-shaped future wherein the complexity of interactions between climates, environments and societies is reductive, contingent on a number of path-dependencies. Hulme suggests that “climate is elevated to the role of dominant predictor variable, after first extracting from the matrix of interdependencies.” In turning to climate as the most dependent variable of shaping the destiny, it offers little change to escape such an inevitability and thereby giving little scope for public and political discourses on climate change to take shape. In bringing out the problems with such “climate determinism,” Hulme aims to delineate the hegemony of the predictive nature sciences, which often employ the method of climate modelling to make sociological predictions about the fate of the human race.

A medical emergency primarily highlights dangerous circumstances and the state of the threat. The planet’s climatic conditions are breaking down and we are indeed in the midst of an ecological emergency. Both these emergency scenarios – the war scenario and the Covid-19 pandemic – fail as analogies to the climate crisis on the account of their finite nature, they are both time-bound. As Hulme points out, if achieving the net zero target in the next couple of decades is the time frame for defusing the climate emergency, we risk being in a quasi-permanent state of emergency until then. For climate action, collectively moving beyond the realm of predictive nature sciences and the incorporation of climate justice needs to be understood where these calls are coming from and what they mean.

The Scientific American article goes on to say that this is a statement of science, and not a statement of politics. The very fact that a scientific community is coming together to urge journalists to report with rigour and attention to science exposes the lack of due attention to such reporting conditions climate impacts and their social impact. Therefore, the statement is inherently political, so is the call for declaring a climate emergency.

The usage of the term climate emergency today doesn’t merely stop at describing the situation as an ecological emergency. Not to undermine the threat of the climate crisis, which itself is very grave and does determine the course of our lives, but we are past the point where we are merely characterising the ecological emergency. We are now at a point where climate action is taking place, and we are charting a path where we get to decide how climate action is being characterised. Therefore, how we use the term emergency becomes a deeply political project. In their January article, when the Scientific American calls for the US to declare a climate emergency, is the scientific community also calling for global climate emergency or calling for nations to declare climate emergencies as suggested by U.N. Secretary-General Antonio Guterres?

For post-colonial democracies, the politics of emergency bring out the inequality of climate impacts and the calls for climate justice are inherently different from those of climate emergency. With so much of the debate on climate action focussed on emissions targets, the challenge is how to amplify the voices of marginalised communities facing the most acute impacts of climate change yet who have done the least to create it. How do we influence the global climate policy agenda to ensure justice for communities living on the front line of climate change?

It is challenging enough to demand justice from a state mechanism, but to actively nudge them to declare states of emergency is deeply problematic. It therefore becomes the political and moral responsibility of scientists to adopt the language of climate justice. As Brigitte Nerlich, Emeritus Professor at the Institute for Science and Society, points out to the role of metaphors and narratives are powerful anchoring devices for framing abstract and novel phenomenon like the climate crisis, and often have implications for global climate policies.

Framing the climate crisis in terms of climate justice reaffirms the space for self-determination, access and control of resources, and argues for a more ‘socially, economically and ecologically just futures,’ as pointed out by researchers Paul Routledge and Andrew Cumbers.

However, we are already in a global emergency with the pandemic, where the political capital isn’t diminished, the hunt for political attention isn’t going away, and the scramble for capitalist investment is not over. Amid all this, the idea of justice seems almost a farce. Calls for declaring an emergency are emerging without due regard to the what people at the grassroots need. A centralised idea that could be implemented in a top-down approach doesn’t have much space for incorporating voices on the ground, since the idea of emergency rests on the control of certain less powerful publics.

No amount of policy multiplication in a climate emergency state is likely to be respected, not even the voice of the scientists who called for an emergency in the first place. Therefore, it becomes the moral responsibility of not just activists but scientists to responsibly articulate and prepare calls for demands – demands that are rooted, in justice, empathy, humanity, political freedom and equality.

Hulme argues that the justice concerns are better captured by the United Nations’ Sustainable Development Goals (SDGs), given their multiple goals that cater to the complex nature of the tipping points that we are facing. However, it is important to note that the climate emergency narrative is out there, being used by the activists’ groups and academics and even governments, which in many cases have already declared climate emergencies. For instance, the European Parliament declared a climate emergency, along with countries like Maldives, New Zealand, and local governments such as Wales and Hawaii and even cities such as the city of Darebin in Melbourne, Bristol and New York. Shifting the discourse entirely to an SDG driven multiple goals can only be achieved once the importance of justice is emphasised and conveyed to those whose hegemonic ideas around emergency overriding the multiple crises that the climate crisis itself presents.

It is therefore important for the scientific community, which holds the responsibility to point out the importance of the justice dimensions of climate change impacts, to indeed point out the problematic framing of declaring a climate emergency as perhaps one of the important ways to begin climate action.

The publication was first published by the authors under auspices of erstwhile Tandem Research. This piece was originally published in The Sociological Review. 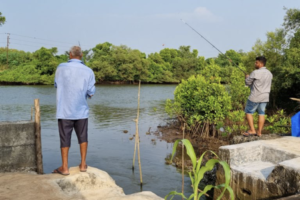 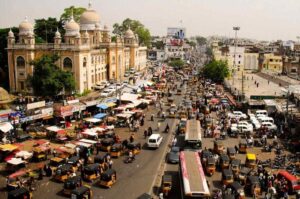 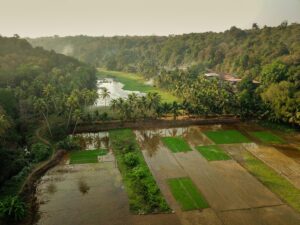